St. Joseph, Missouri, were the greatest hosts imaginable! Their event planning and execution were top notch. We had heavy cloud cover for most of the morning. Then it started to rain and I began to feel the deep disappointment of missing something for which I’d worked so hard. Then, moments before totality, a brief thinning of clouds revealed a nearly obscured sun. Then seven seconds of totality appeared in another patch of lighter cover! The crowds screamed with delight as the darkness fell faster than the rain. The 360 degree sunset was mind blowing! I saw it. With my own eyes, I saw it. #stjomoeclipse

Note the sea of cars in the day pass lot. 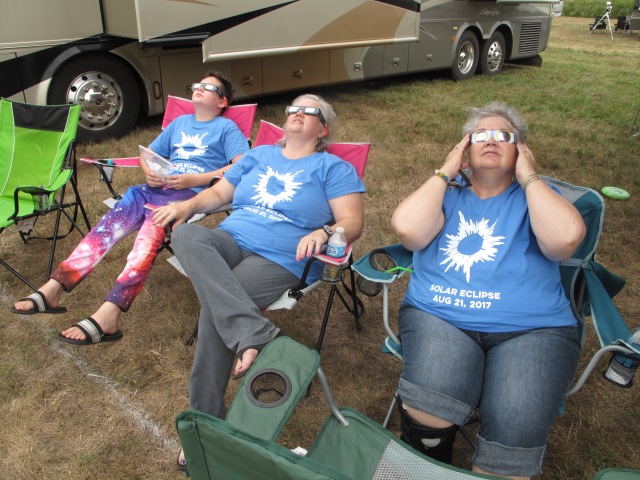 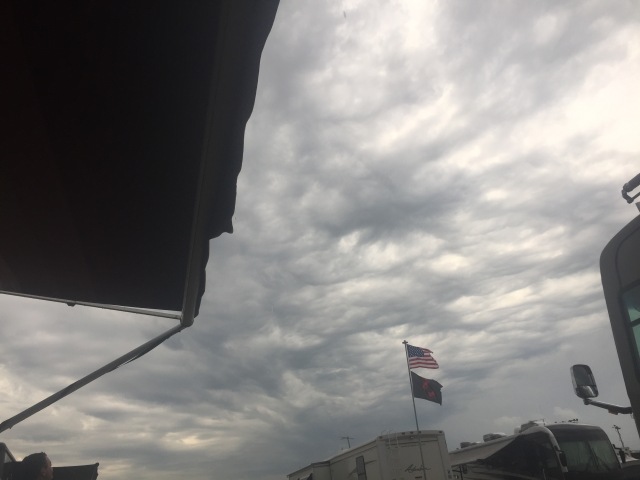 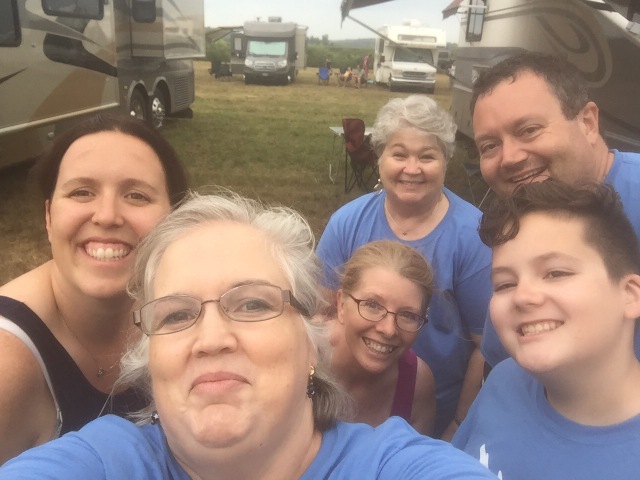 My usual selfie skill as I record this fun moment with our cool neighbors.

Mom at the neighbor’s telescope.

This entry was posted in Uncategorized. Bookmark the permalink.