Posted on July 18, 2013 by melaniethesupernerd

Hello! The date is Thursday, July 18, 2013. The time is 12:18am. I am not the usual writer of this blog, but I am her youngest daughter. I’m Melanie. Right now, Henry, Jack, my mother and I are making our way to Hastings, Nebraska, which is why I am writing this blog in her place. My mother is driving, but we’ve got our caffeine to keep us awake until we get there. We are about ten minutes out of Cheyenne, parked at a gas station. Let me tell you, today has been quite…adventurous. So, why was our trip delayed eight hours? I guess I’ll have to start at the beginning.

Tuesday night we put down our pop-up camper around 11:00pm so we didn’t have to do it in the morning. We slept on Idaho Meema’s couches and woke up in the wee hours of the morning. We arose around 5:30am and were on the road by 6:00am. Everything was smooth sailing. But everything changed when the fire nation attacked. (Just kidding) We were 40 minutes out of Blackfoot when there was an overturned traffic cone on the road. Our camper took a beating and the door was knocked open. It wasn’t until our next stop at a gas station that we truly saw the damage.

The door of the camper was not only open, but it was bent in ways that hitting it with a hammer could not fix. We were stuck.

After shuffling around Pocatello, we finally found our way to a place that was willing to fix our step. We drove up to Chubbuck (I couldn’t help but laugh at the silly name) and found ourselves trapped in a waiting room.

Though the damage severe, it was indeed fixable. The employees were very nice and so was the waiting room. There was a nice couch where Jack and I took naps. We waited there for 4.5 hours and finally our step was fixed. It’s still not perfect and we’ve had to keep an eye on it but it should be good for now. So finally, we had a very well deserved lunch at McDonald’s where I had 20 chicken nuggets (with buffalo sauce), a large order of fries, a large coke, and no regrets.

The next portion of our day was a blur to me as I drifted in and out of consciousness. I do remember watching part of Monsters Incorporated with Jack, but only making it to the part where (SPOILERS!) Mike and Sully were banished to the Himalayas. After that we made a stop or two, Jack watched Treasure Planet and then I started to watch The Return of the King: Extended edition. I got part ways through that movie, when I moved to the passenger seat to help keep my mother awake and entertained. We stopped in Little America where Jack got his ice cream and we got to ride on a dinosaur (Don’t worry. It was fake).

We had decided that instead of heading to Greeley, we would just stop in Cheyenne (Which is when we made many jokes about how if we hurried, we could still make Cheyenne). Now we have realized that we should just push forward and head straight to Hastings Nebraska. All the hotels in Cheyenne are booked for Cheyenne Frontier Days. Basically this means we stay up all night driving. We will eventually (hopefully) stop at a motel (instead of popping up the camper at an RV park) in Hastings. Jack and Henry are passed out in the back and Mother and I are running on mountain dew. And now you’re all caught up. We just crossed over into Nebraska (Even though our Garmin wanted to take us to Australia) and are planning on listening to Les Miserables (the movie) to pass the time since we’ve already listened to Romeo and Juliet (The one with Leonardo DiCaprio –swoon-). We are keeping our spirits up and getting closer and closer to our destination with every second. I hope wherever you are, you’re getting better sleep than us! Good night! It’s been fun blogging with you!

It is 11:06am central time and we finally made it to Hastings Nebraska. Around 5:00am, we stopped at a rest area to sleep for a little while (An hour an a half. That’s a good night’s rest, right?) and the sun came up and woke us up. We continued our journey and made it to Hastings. We set up the camper and are ready for showers and long naps. Good night!

Estimated arrival time in Hastings: 6:57am.

Quotes of the day

(While waiting for someone to contact us on where to go to get the camper fixed.)

Melanie (me): Well, we could just loiter at a McDonald’s. They have food and wifi.

(When Jack pronounced the word “Sorry” like a Canadian)

Melanie: Soory? Did you just pronounce sorry like soory? Are you living a secret, double, Canadian life? 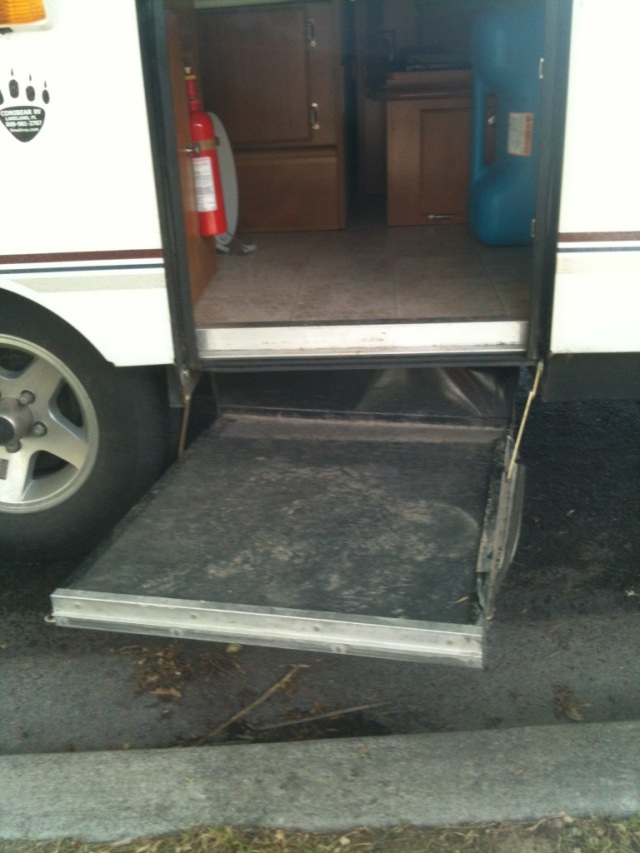 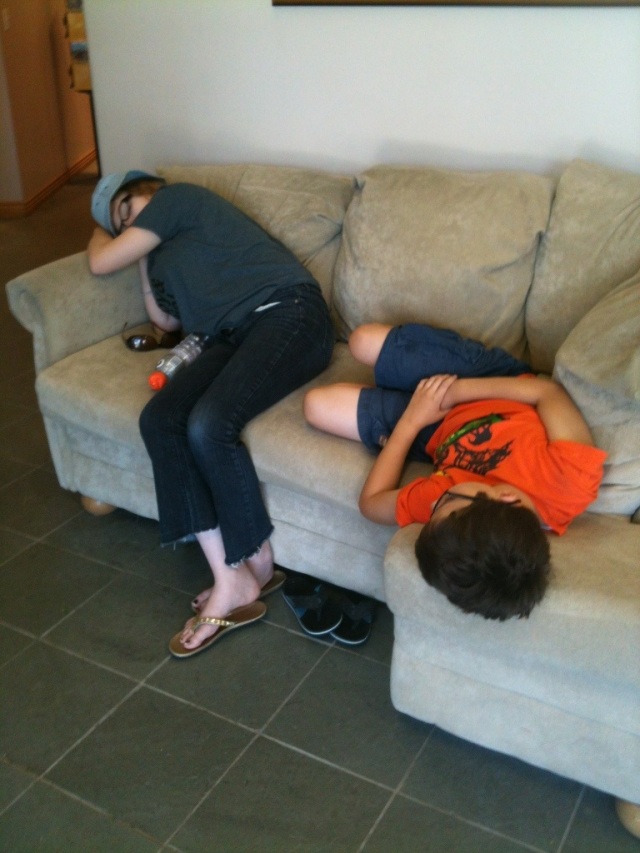 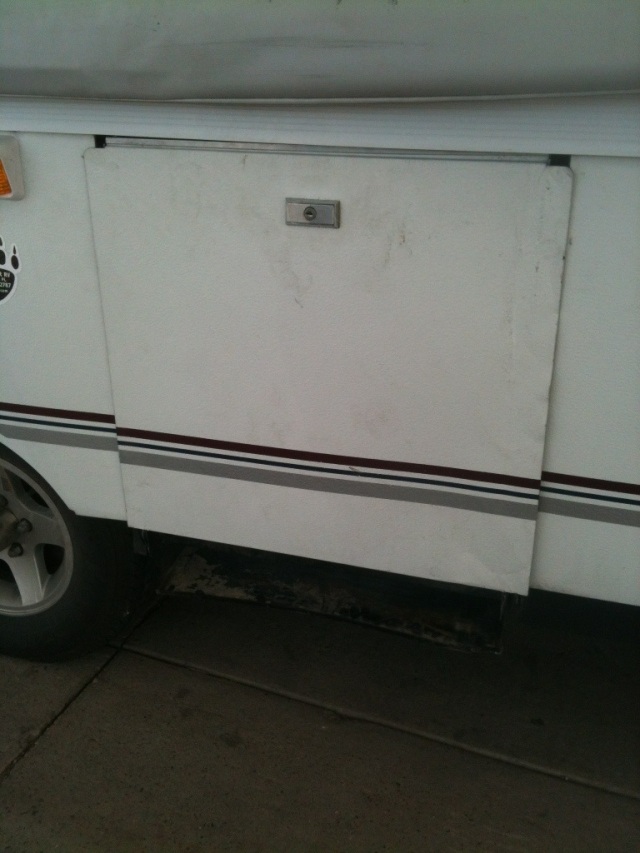 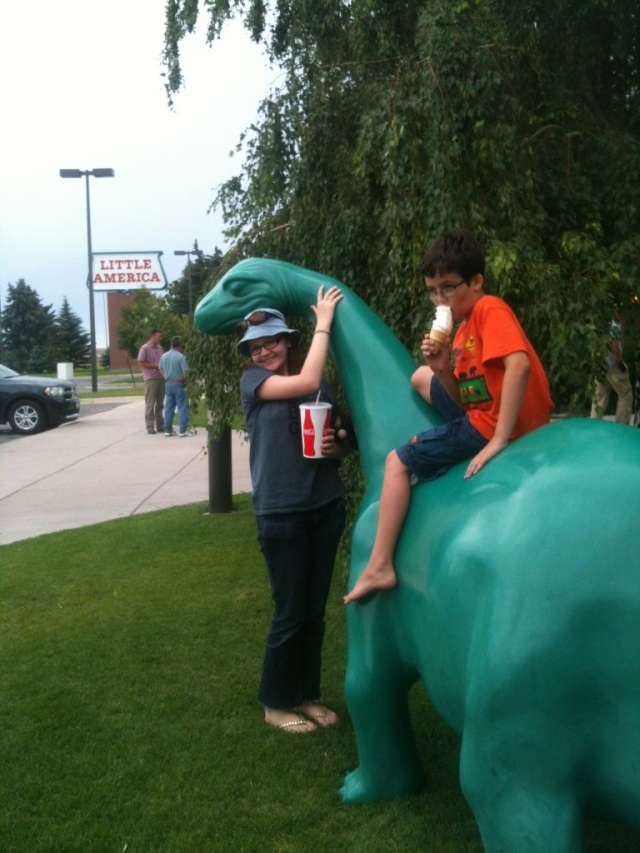